What is PVC Used For?

PVC is a man-made polymer solid and one of the world’s most utilized plastics. This plastic is known by its full name polyvinyl chloride, simply as vinyl and perhaps best known by its abbreviation: PVC. Polyvinyl chloride is produced through a chemical synthesis reaction that allows PVC to be manufactured into many product forms that are intended for various applications. PVC is a highly versatile material capable of being produced in either flexible (PVC) or rigid (uPVC) forms, with color or as translucent clear and according to required shapes and sizes. When it comes to PVC, there are at least seven (7) major application areas that utilize this widely employed material. If looking to better understand the plastic PVC as well as how and what it is used for, read on as we explore the most common uses of what PVC is used for. 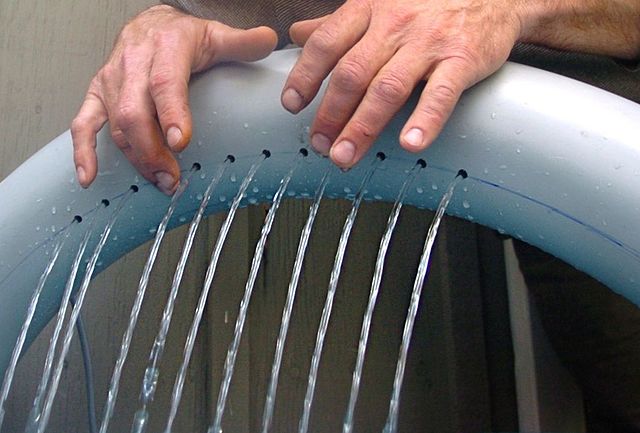 First and foremost, the use of PVC within water plumbing and pipes is collectively considered to be the largest PVC application by quantity and weight mass. Using PVC for handling water was also one of the first scenarios that implemented PVC into modern society and infrastructure after its discovery. PVC resin can be extrusion molded into various size diameter and length pipes that are intended to convey water supplies to buildings, facilities and equipment. The production and modification of PVC water pipes is a strictly regulated process that is overseen by governmental and independent authorities in North America. Standards set forth by the FDA, ANSI, NSF and the ASTM dictate what materials and/or additives are acceptable for PVC when used in water handling scenarios. Due to regulations, PVC is considered a non toxic, long term safe material option that is suited for potable water, non potable water and process water scenarios. Other service and plumbing codes can control the suitability of PVC pipe for specific water installations. This overall application of PVC is recommended for unheated water delivery only due to the material’s fairly low temperature threshold. 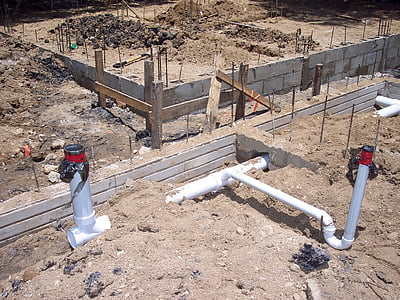 Second in usage frequency, PVC is used in the handling and control of waste materials. PVC is used for wastes across modern societal infrastructure from homes to commercial buildings and industrial plants. PVC in the form of pipes are employed in sewer, wastewater conveyance as well as within drains and vents associated with structures and equipment. Sinks, toilets, and liquid handling manufacturing equipment are examples that make use of drain, waste and/or vent (DWV) PVC pipework. This use of PVC in DWV scenarios is possible due to PVC’s synthetic properties of abrasion resistance, increased flexibility and flexural strength, its corrosion and rust resistance, and its resistance to microbiological film growth. These properties of PVC is in sharp contrast to metal piping and indicative of why PVC is frequently chosen in sewage handling, venting and waste control. 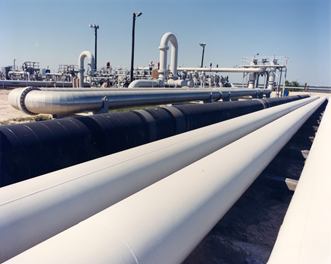 Chemical compatibility and tolerance can vary significantly with the specific chemical in question. In comparison to metallic / ferrous options, PVC is capable of handling certain chemicals that metal materials cannot, such as hydrogen based acids -- hydrochloric acid, in example. The chlorine content of PVC pipe and equipment provides increased material resistance against chemical attack, degradation as well as fire, flame spread. As a result, schedule 80 PVC plumbing is often used in chemical handling, production processes, delivery and transfers. Common chemicals for this usage of PVC include: organic and inorganic acids, anhydride acids, alcohols, hydrocarbons, ammonias, alkalis, halogens, salts and oxidizing acids. 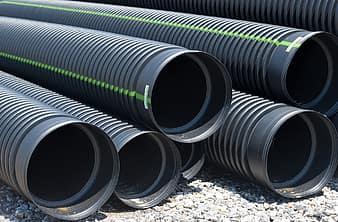 The use of PVC for infrastructural needs and as a building structural material has increased over the past few decades due to the rising demands for a lower cost, yet effective alternative to wood and other building materials. A leading use of PVC pipe for building infrastructure is in air ventilation and exhaust handling. In building air ventilation, PVC is often used in to run ductwork for HVAC, air conditioning and heating systems. PVC duct or CPVC duct is the pipe of choice specifically engineered for these applications. Vinyl (PVC) is also frequently used in the production of siding along houses and frames around doors and windows. The use of vinyl for this application promotes building insulation, increasing its resistance against hot and cold temperature fluctuations. Vinyl frames and siding are also known and implemented for their resistance to algae and mold growth. In terms of long term suitability, PVC can provide a service life that is capable of outlasting the use of the structure it is intended to be installed on. 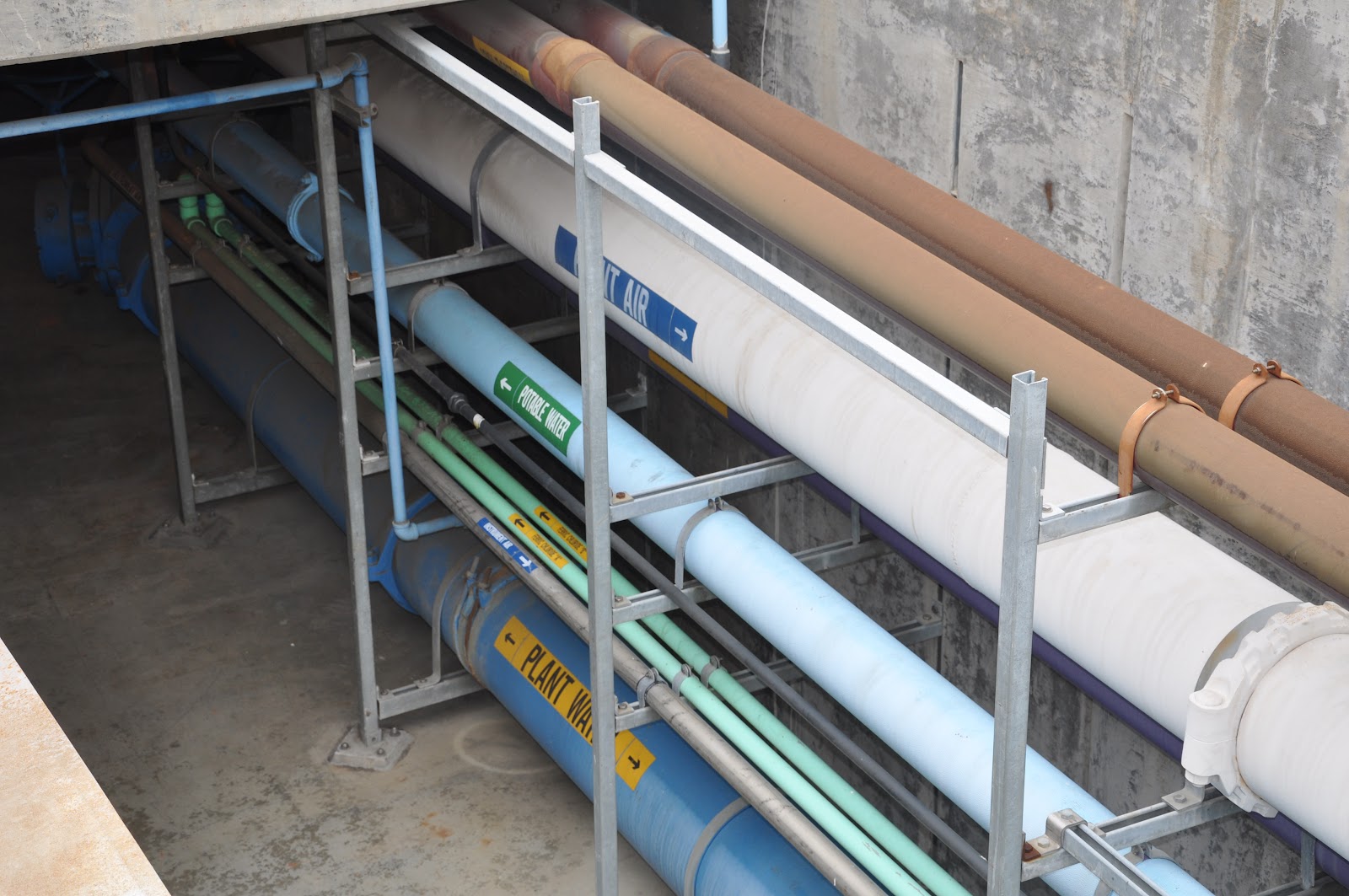 Polyvinyl chloride has excellent thermal and electrical resistance in terms of conductivity. These properties of PVC have promoted the use of vinyl as coatings and insulating sleeves for electrical cables, wires, components and circuitry. Many commonplace wires and electrical components within modern electronics feature a vinyl coating or they are ran through standard PVC pipe, duct pipe or flex pipe. The vinyl coating is designed to protect against human or environmental exposure, overheating, electrical short-circuiting and other hazardous situations that can arise whenever handling electricity is involved. 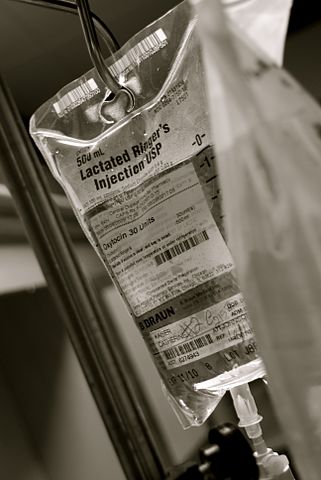 Due to research-supported classification of PVC as an inert, non-toxin-releasing, corrosion resistant material, PVC has developed an important, integral role within the healthcare industry. PVC is the material that is used to manufacture the transparent bags and tubing that are used to handle, store and deliver blood, IV fluids and medications to patients. The development of such PVC products have contributed to the rise of modern blood banks as well as modern medical practices that help heal or save people's lives every year. The use of PVC in health care has allowed an increase in the ability of doctors, paramedics and the like to assist people in need. 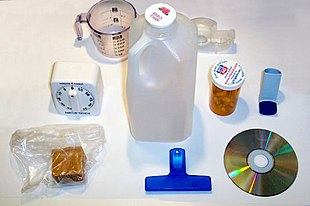 PVC molded products is a wide-range section of what PVC is used for in today's world. Due to polyvinyl chloride’s ability to be diversely manipulated, it is capable of being used in the manufacture of a near endless range of products molded from the raw PVC materal. Vinyl is a thermoplastic and as such will heat into a molten state. In its molten state, PVC can be manipulated and formed into a near-endless variety of shapes, sizes, thicknesses, transparency and colors, and is so done to produce the near-endless variety of products that are manufactured everyday. Example items molded from PVC include household items such as rain coats and boots, shower curtains, utensils, toys to 3D printed models, containers, coverings and equipment body casings.

What is PVC Used For Takeaways

Polyvinyl chloride, PVC, is a multi-application, scenario-versatile synthetic material and plastic that is widely being utilized within many facets of modern society. Industries, consumers, municipalities and general infrastructure make use of PVC in the form of fabricated products. PVC products are suited for individual applications from water and waste handling, chemical processing, structural requirements and insulation to highly purposed, specific items such as blood bags. For more information concerning PVC, pipework, its uses or ordering, reach out to us today.